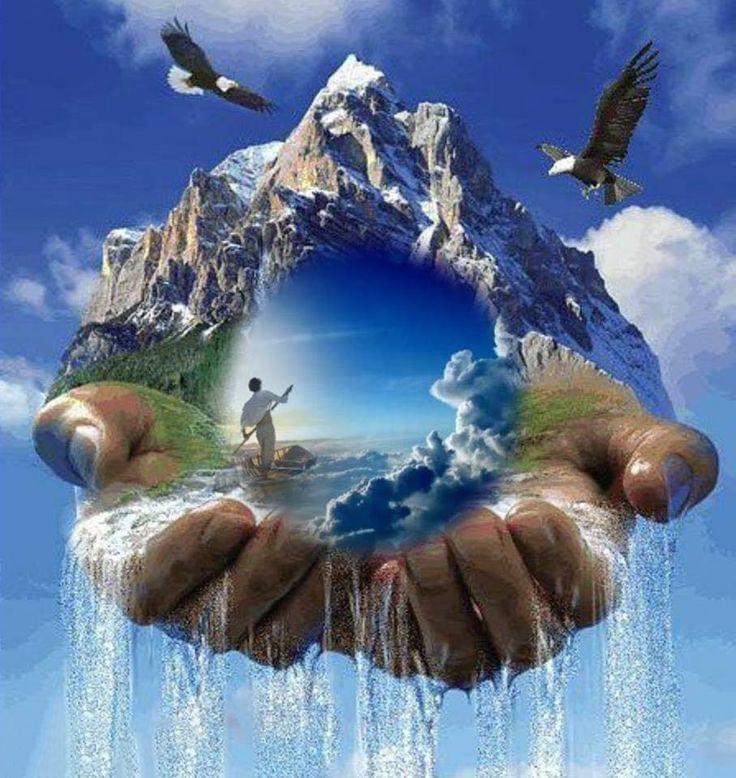 The self who prays listens, and makes necessary adjustments and improvements. For the individual is part of All That Is.

And as far as prayer is concerned, though I realize that neither of you pray in those terms, someone does indeed listen. The self who prays listens, and makes necessary adjustments and improvements. For the individual is part of All That Is, and therefore partakes of the abilities of the psychic gestalts of which we have so sketchily spoken.

All prayers are answered.

In a fashion, all prayers are answered. In a fashion, the entire structure of reality results from "divine characteristics," and levels of relatedness.

When saying the prayer recognize that sense of freedom and release that is so vital.

Several times when saying the prayer today, he recognized that sense of freedom and release that is so vital. That is a feeling that is so important, for it frees the mind from all thoughts of impediments.

Add gratitude in your prayers for what has been received.

Let the subconscious bring the seed to fruition.

A few fond prayers (such as you have been doing) are fine. But, a watched kettle, if you will forgive the mixed metaphors, does not boil. Let the subconscious bring the seed to fruition. It does not need to be watered with tears, with pledges, or told ten times a minute to grow. These things put a shadow over the seed.

Fear of any kind, including fear of fear, is destructive. A negative thought gains in power to the extent that you fear it. A better attitude is: "Well, there is a negative thought, lets get rid of it." Now, mentally, have Ruburt pretend it is simply a weed and mentally throw it over his shoulder after he has plucked it from the seed of his consciousness.

Now, we will throw in something better. Even the word "peace" will do. He need not go about at the time searching for an antidote, you see. "Those aren't the kind of thoughts I want." That mental statement is a help. If the negative mood persists a while, he should not think: "Oh, now, this will be reflected in symptoms. What can I do?" This adds more negative connotations.

He should instead think: "Well, this will pass. And, I let it pass." Minimize its importance, if necessary, rather than overstate a projected negative reaction to an already negative mood.

Now, there have been some definite accomplishments since your prayer period. And, if you had the proper attitude of expectancy in the beginning, both of you, you would have added gratitude in your prayers for what has been received.