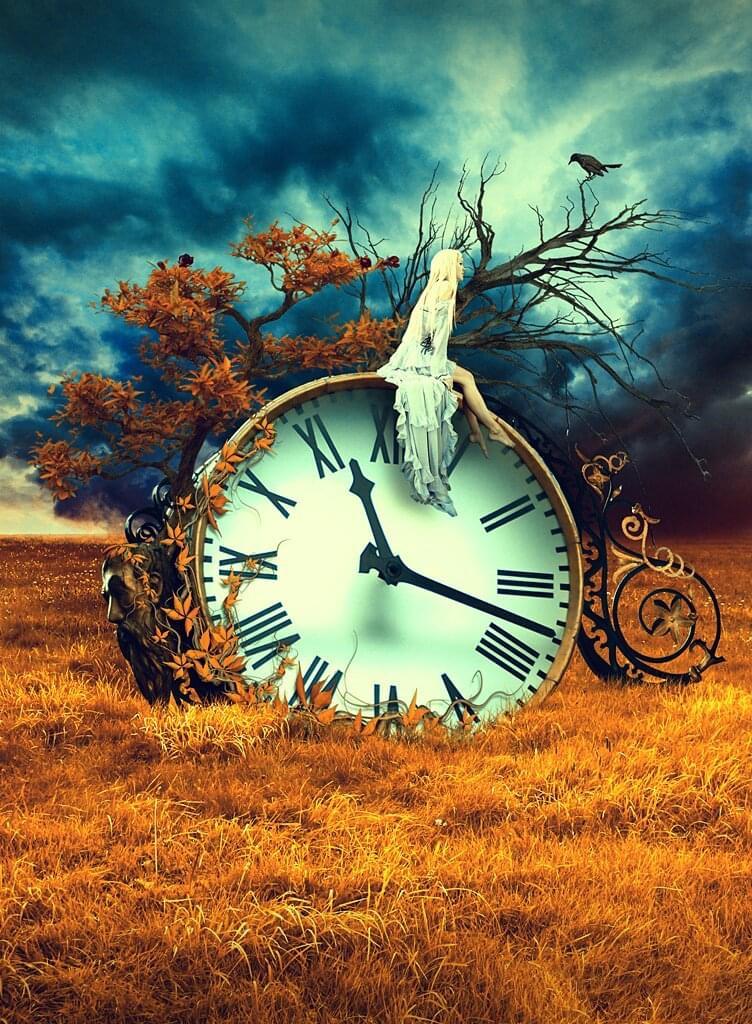 Seth: "Now: An inverted time system actually presents us with a system that more closely approximates the true nature of time. Time does, indeed, turn in upon itself, even as it explodes outward from itself. The expanding universe theory applies much more truly to time than it does to the physical universe. You think of a steady progression into the future. However, as you know there is no real progression, moment by successive moment, as you suppose."

"By the very nature of consciousness, it seeks to materialize itself in as many dimensions as possible – to create from itself new levels of awareness, new off-shoots. In doing so it creates all reality. Reality, therefore, is always in a state of becoming. The thoughts that you think, for example, in your actor's roles, are still completely unique and lead to new creativity. Certain aspects of your own consciousness could be fulfilled in no other way.

When you think of reincarnation, you suppose a series of progressions. Instead, the various lives grow out of what your inner self is. They are not thrust upon you by some outside agency. They are a material development, as your consciousness opens up and expresses itself in as many ways as possible. It is not restricted to one three-dimensional lifetime nor is it restricted to three-dimensional existence alone.

Your consciousness then takes many forms, and these forms need not be alike any more, say, than a caterpillar is like a butterfly. The soul or entity has complete freedom of expression. It changes its form to suit its expression, and it forms environments like stage settings, and worlds to suit its purposes. Each setting brings forth new developments.

The soul or entity is highly individualized spiritual energy. It forms whatever body you now wear and is the motive power behind your physical survival, for from it you derive your vitality. Consciousness can never be still, but seeks further creativity.

Not only is the entity strengthened, but portions of it, having been actualized in three-dimensional existence, now add to the very quality and nature of that existence"

"Reincarnation involves far more than a simple decision to undergo another physical existence. In this in-between period of which I am speaking, many issues therefore are considered.

When most people think of reincarnation, they think in terms of a one-lineprogression in which the soul perfects itself in each succeeding life. This is a gross simplification. There are endless varieties of this one theme, individual variations. The process of reincarnation is used in many ways, therefore, and in this time of rest individuals must decide on the unique way in which reincarnation will be of use.

Some, for example, choose to isolate various characteristics in a given life, and work on these almost exclusively, basing a given existence upon, say, one main theme. As seen from a physical viewpoint, such a personality would appear very one sided, and far from a well-developed individual.

In one life the intellect may purposely be very high and those powers of the mind carried as far as the individual can take them. These abilities are then studied thoroughly by the entire personality, both the benefits and the detrimental aspects of the intellect weighed carefully. Through experience in another life this same kind of individual might specialize in emotional development and purposely underplay intellectual abilities.

Again, the physical picture would not be necessarily that of a well-developed or balanced personality. Specific creative abilities might be specialized in the same manner. If you looked at these lives as a series of progressions in usual terms, then you would be left with many questions unanswered. Nevertheless the development does occur, but the individuals choose the way in which they prefer this development to take place.

Through denying themselves, say, intellectual development in a given life, personalities also learn the value and purpose of that which they do not possess. The desire for it is then born within them – if, for example, earlier they did not understand the purposes of the intellect. So in the time of choosing, personalities decide upon the ways in which they will develop in the following incarnation.

Some will choose progression at an easier rate and in a more balanced manner. They will help keep all the strands of personality working at once, so to speak, and even meet again and again people they have known in other lives. They will work out problems at a rather easy rate, rather than in, say, an explosive way. They will pace themselves as dancers do."